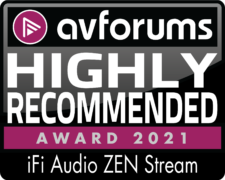 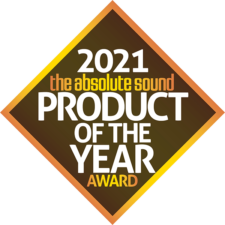 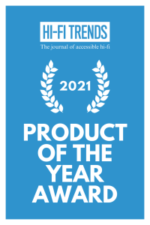 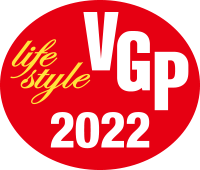 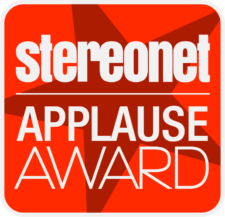 Beneath its classy exterior, the ZEN Stream is a technological streamer-de-force. It has one purpose – to send music simply from the Internet to your DAC with no loss of quality.

True hi-res performance of PCM384/DSD256 via WiFi/LAN. Just add your smart device as a remote and away you go.

Ease of use + audiophile implementation. Follow our simple set-up guides on YouTube. It is the bee’s knees of Streamers.

Check out what’s in the box here.

ZEN Stream is a true ground-up design by iFi — the hardware and software implementation is quite exceptional:

‘Exclusive’ for your ears only

The ZEN Stream has one of the most fully-optimised software platforms in the world.

From the device’s drivers, to the kernel (the heart of the operating system), to the shell (which interfaces with the kernel), to the applications and the user interface — everything is fully optimised for seamless operation and excellent sonic performance.

An ingenious part of the ZEN Stream’s design is the ability to select between ‘Exclusive’ modes – individual settings dedicated to specific modes of operation to deliver the purest possible performance. All other programs are shut down – to minimise ‘software jitter’ — an often overlooked aspect that negatively impacts the quality of computer audio playback.

This ensures that the ZEN Stream is not merely a ‘jack of all trades’, but a master of all too.

Please note software updates may take 2-3 minutes. Please do not disconnect your device.

Who’s who of Streaming

Hot off the press, the ZEN Stream has the following connectivity options:

Scan the QR code here to download the Stream-iFi app. Set up your Wi-Fi connection and much more.

Beneath the unassuming casework sits some serious horsepower in terms of both technologies and components: 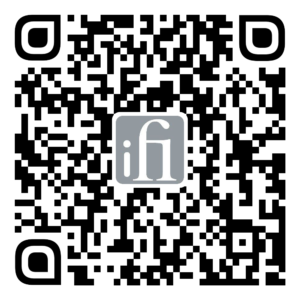 Set-up your Wi-Fi connection using the our Stream-iFi app.

Scan the QR code to download the app today. The QR code will take you straight to our Stream-iFi app in the correct store for your phone or tablet. 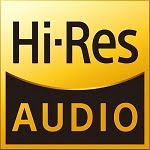 This is a true hi-res device. It uniquely supports PCM up to 32-bit/384kHz over Wi-Fi as well as Ethernet cable, plus DSD up to 11.2MHz (DSD256). Highly unusual in a Wi-Fi streamer. 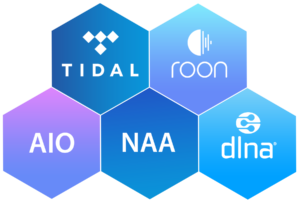 Our ‘exclusive modes’ give you individual settings dedicated to specific modes of operation to deliver the purest possible performance.

All-in-one
This non-specific mode is great for all platforms, audio formats and devices.

DLNA streaming
Select this mode to optimise performance when using the ZEN Stream with DLNA-compatible apps and devices.

NAA streaming
Select this mode when using the ZEN Stream as a Network Audio Adapter in conjunction with Signalyst HQPlayer software.

Roon Ready
Select this mode when integrating the ZEN Stream into a ROON environment.

Tidal streaming
If you are a subscriber to Tidal’s Masters Tier, this is the mode for you. 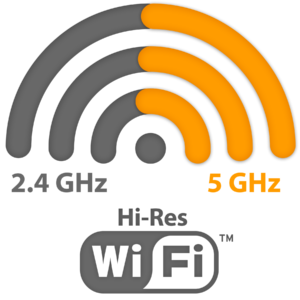 Use the ‘hotspot’ button on the front to join a Wi-Fi network. 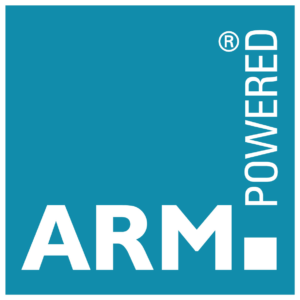 The circuit design has been painstakingly engineered to deliver superb sound, with processing muscle supplied by a 64-bit, quad-core ARM Cortex microprocessor. 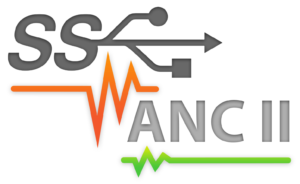 The USB ports – both input and output – support the SuperSpeed USB3.0 standard and benefit from iFi’s Active Noise Cancelling technology to remove distortion from the audio signal. 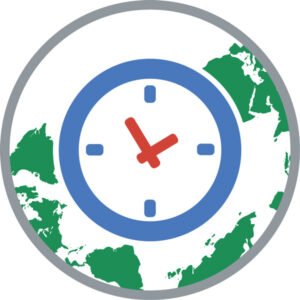 Both of the two digital outputs – asynchronous USB and coaxial S/PDIF – that provide connectivity to an external DAC or an amp with digital inputs are regulated by iFi’s femto-precision GMT (Global Master Timing) circuitry to eradicate jitter from the digital audio signal. 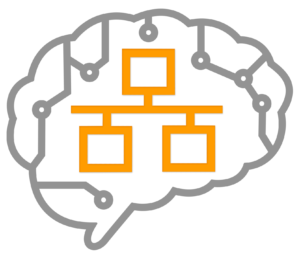 Add to this, a synchronous 1.5MHz high-speed power supply controller for even great noise reduction and even less distortion.

Carefully chosen circuit components including discrete, high-grade surface-mounted devices such as TDK C0G multilayer ceramic capacitors and inductors from Taiyo Yuden and Murata add to the quality build of this product. 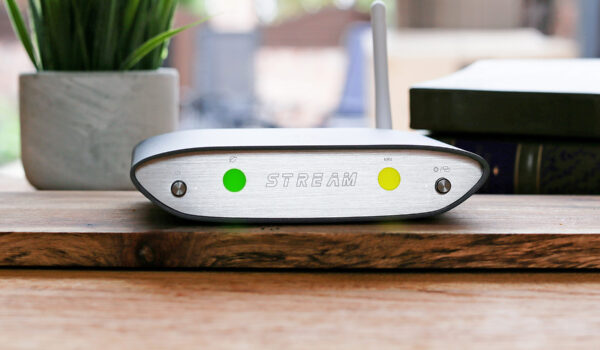 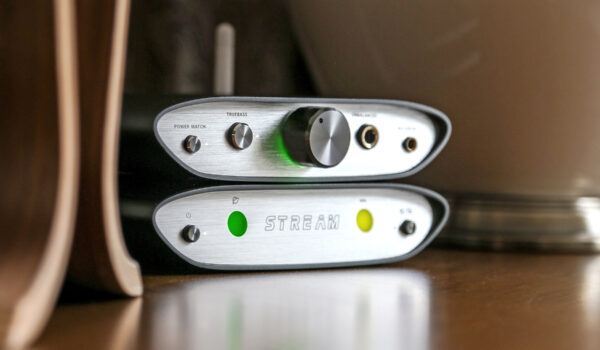 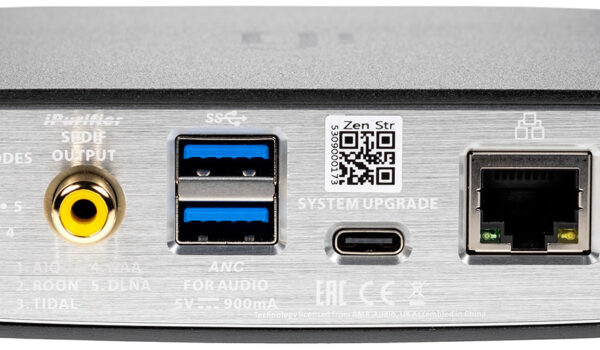 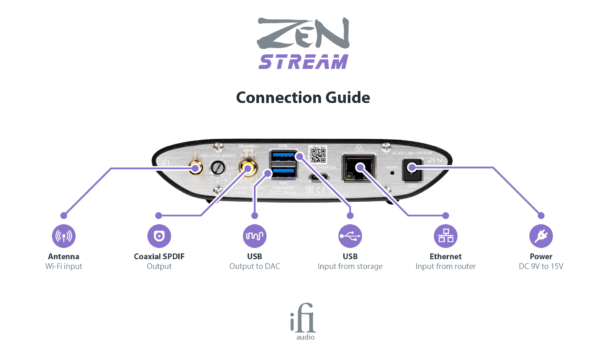 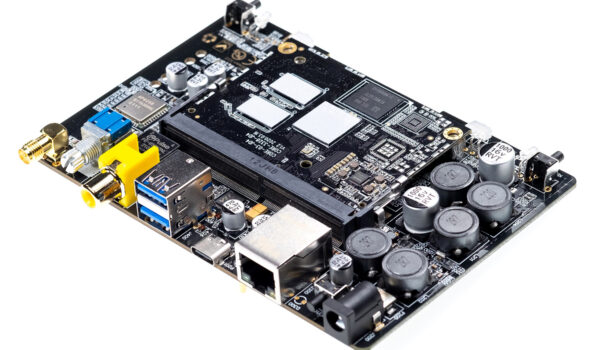 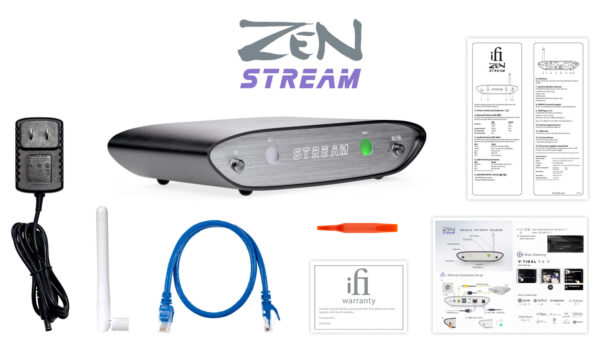 “The way in which the little box sees off even computers optimised for audio playback is nothing short of a revelation.”

A huge thank you to Andrew for his review of our ZEN Stream.

The best network transport on the market

“If you would like to fall into the category of believing spending more is better than I have a bridge to sell you. There’s so much snake oil out there they would have you believe that their networks streamers you would have to spend 4K, nope! All this does is a transport it’s a Netwerk transport not DAC just high Quality wireless streaming!”

This product is exactly what I was looking for to upgrade the sound of my stereo. Coming from a Bluesound Node 2i, I wanted a streamer that sounds great, doesn’t waste money with a built-in DAC that I will bypass to my own external DAC, outputs to USB, and let’s me connect seamlessly to Tidal through Tidal’s application and Tidal Connect. Compared to the sound I was getting from my Bluesound Node 2i through its coaxial output, the Zen Stream is significantly improved: more detailed sound and the sound stage appears to be a bit deeper and more focused. I have heard that additional improvements can be had if you power the unit with an upgraded power supply, so that’s where I’m going next. All in all, a great product. You do need to update the software via the included ethernet cable first before connecting wirelessly to your home internet, but it’s really not that difficult. Some reviewers have made a big deal about the software, but these issues must have been resolved in the latest version because I’ve had no issues whatsoever. Works great!

Perfect! Just what I needed.

I was using a laptop as a music source for my stereo, with JRiver Media Center as the controlling interface. The laptop started acting flaky after four years, so it was time to buy another one. Lo, and behold – I found a bunch of reviews about this streamer on internet audio sites, also reading about it on the ifi site before purchasing it on Amazon. It’s also priced cheaper than any of the prospective laptops that I was considering.

It arrived five days later, and was installed in minutes. The wifi antenna was attached, the ifi connected to the Exogal Comet dac via usb, and the ifi plugged into the Shenyata Hydra for power. That’s it – simple.

Ifi has a free control interface for phones, tablets, laptops, but the JRiver software on my control laptop had no problem finding and connecting with the ifi streamer over wifi. The sound is so good with zero dropouts that i’m not worrying about connecting with ethernet for now. The ifi is built specifically for music files versus a multipurpose laptop, outshining the laptop mainly in terms of clarity of instruments and voices.

I haven’t tried any of the streaming services, as I don’t have a subscription. JRiver has some services built into it’s interface that sound pretty good. I bought this as a solution to play my music from ssds, and it succeeds big time. My score: A-Plus, 10 out of 10, knocked out of the ballpark. I can’t imagine what those multi-thousand dollar player/streamers sound like if a consumer can get this much technology in a product at this price point. Well-done, ifi.

Replaced my Bluesound node with this because it streams usb out with mqa to my DAC. I feel the sound quality is better. Also it’s much better looking in my audio rack. Great choice if you already have a good DAC… 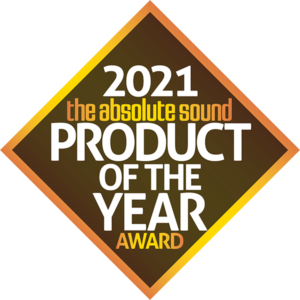 “I own and regularly use four Raspberry Pis that have been configured with different systems and optimized for music streaming. After using the iFi Zen Stream, I seriously doubt I will bother configuring another Raspberry Pi. The Zen Stream is far easier to set up, more user-friendly, and sonically indistinguishable. It is almost four times as expensive as a Pi, but for all but the savviest computer user, the Zen Stream may well be the most hassle-free, flexible, and high-quality music streamer currently available. “

DACs convert digital information, stored or streamed by computers, into music we can hear through speakers or headphones.

Active Noise Cancellation (ANC) reduces unwanted sound by the addition of a second sound wave specifically designed to cancel out the first. This basically results in no sound at all as it reaches unwanted sound even at the lowest frequencies.

Passive noise cancellation is done by means of insulating filters and works best on the middle to high frequencies. It does not work on the lower frequencies meaning that some sound can still be heard.

MP3 – this is the most popular format, every device in the world can use it.

PCM – Pulse Code Modulation is the most common format for CDs and DVDs.

DSD is a very high-quality digital audio format that’s even better than CD quality. The higher the ‘DSD rate’ – DSD64, 128, 256, 512 and 1024 – the greater the amount of music information available, which means better sound quality. Files can be remastered to higher file rates to improve sound quality. The pinnacle of this is DSD1024. Not many machines out there are capable of this feat, other than our Pro iDSD.

DLNA allows you to wirelessly send content from devices like laptops, tablets and smartphones to a compatible TV. It makes sharing media in the home simple.

DLNA stands for Digital Living Network Alliance. It was set up by Sony in 2003. Now used in a wide range of modern home entertainment devices, it allows videos, music and photos to be streamed and enjoyed on the big screen or a home cinema system quickly and easily.

Regardless of the geographical distance, the digital signals can be transmitted simultaneously over the IP networks, such as LAN or Internet.

In electronic systems, power supply rejection ratio (PSRR) is a term widely used to describe the capability of an electronic circuit to suppress any power supply variations to its output signal.

Inductors have resistance inherent in the metal conductor, quoted as DCR in datasheets. This metallic resistance is small for small inductance values (typically below 1 Ω). It can be modelled as a resistor in series with the inductor, often leading to the DC resistance being referred to as the ESR.