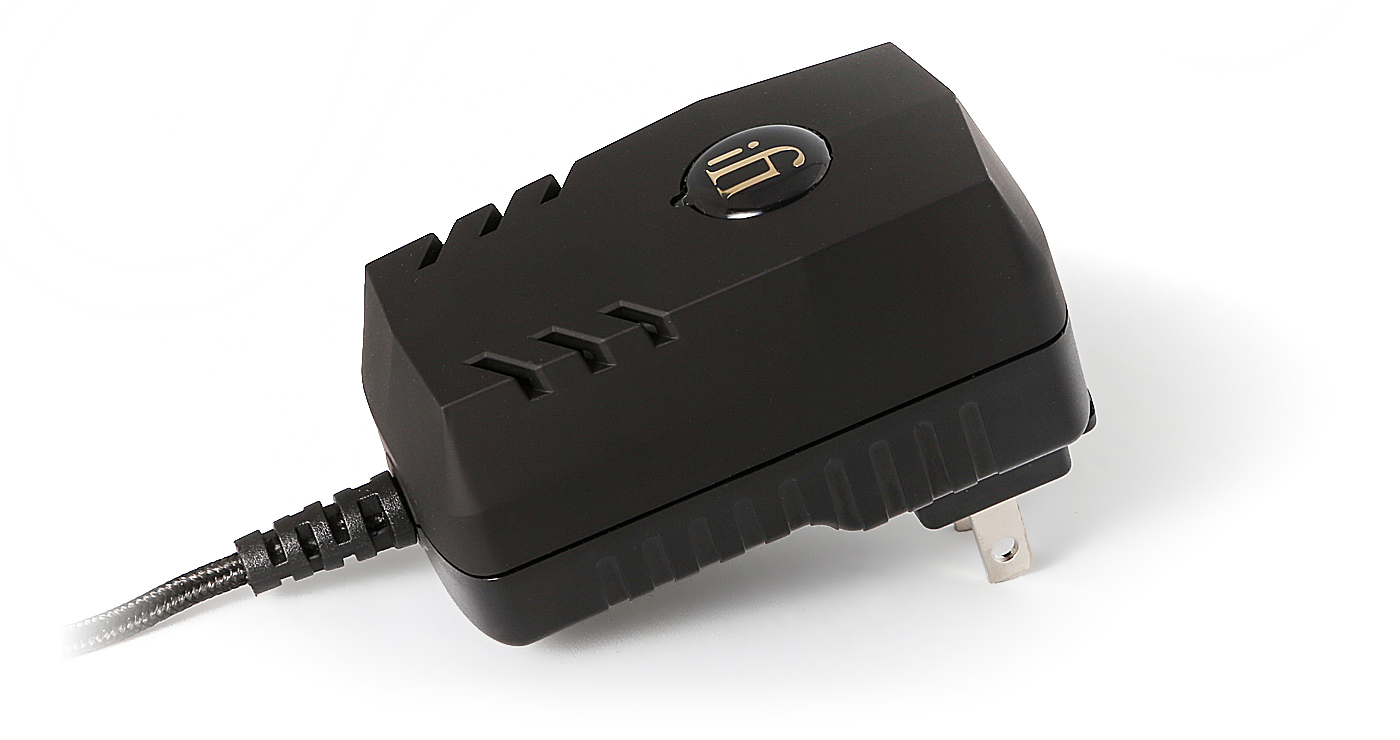 To quieter and beyond.

Come on, heal the noise!

Got underlying noise in your system? An irritating noise that you can’t explain? Sonics grainy? It could be as simple as your power supply.

Upgrade to the iFi iPower2 to feed your system’s circuits with ultra-quiet, ultra-clean audiophile-grade power. 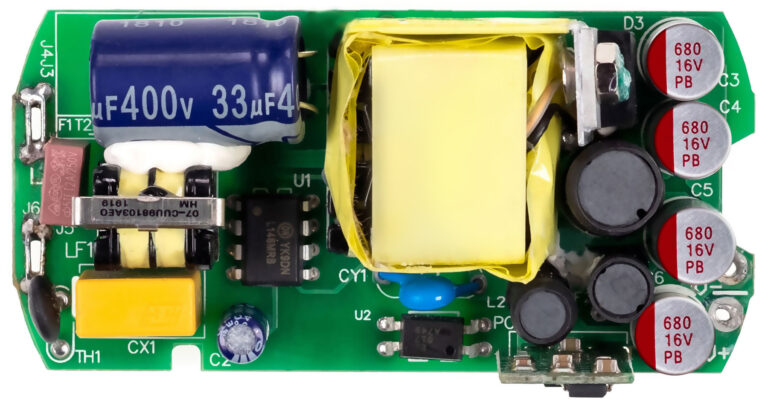 And with Active Noise Cancellation II to cancel out all incoming EMI and RFI noise, you’ll never feel powerless against noise and graininess again.

It is more than 10 times quieter than most audiophile power supplies.

It comes in 5V, 9V, 12V or 15V. Each voltage is individually available for your particular region and includes a reverse polarity adapter for centre pin negative products.

Add the iPower2 into your system to bring life back to your music. Discover lost detail today. 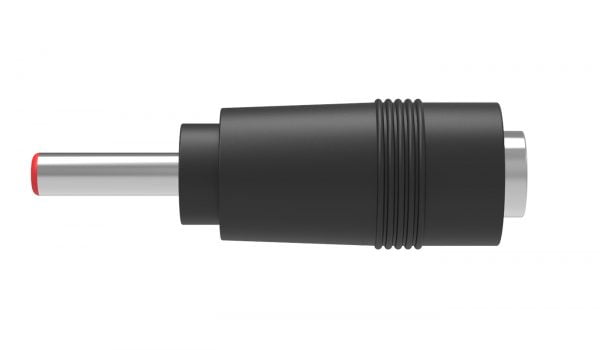 Plug in, turn on, and chill out.

iPower2 comes with a set of 5 five differently-sized adapters to suit some 73% of DC plugs including a reverse polarity (white plug) for professional audio products that require a centre negative feed.

If you’re into photography the iPower2 can also solve the annoying issue of flickering LED lights.

With a constant current and voltage, the iPower2 will ensure that the power supplied to your LED system will remain stable no matter what fluctuations occur in the AC feed from your wall socket. 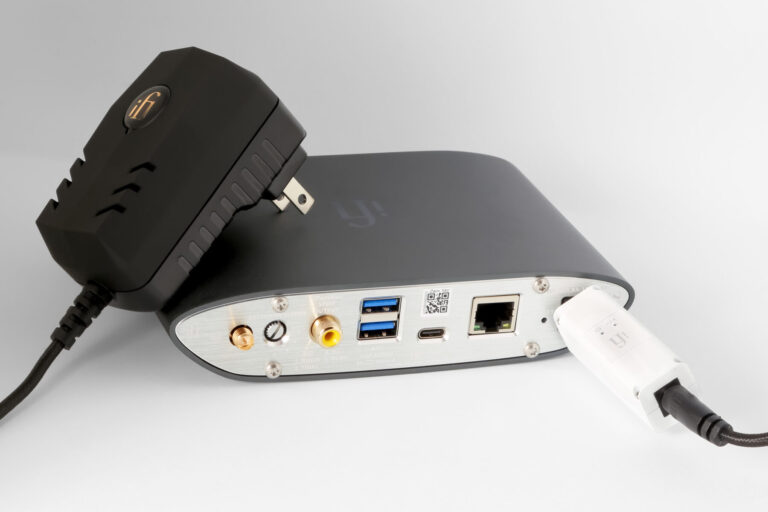 iFi products are modular. The iPower2 & DC iPurifier2 is like Batman and Robin — a barnstorming combo that enables the customer to try throughout the system to see where they improve the sound the most.

It does this in a similar way to active noise-cancelling headphones – it generates a signal identical to that of the incoming electrical noise but in the opposite phase, actively cancelling it out. This is highly effective at removing low- and mid-frequency noise, while passive insulating filters deal with higher frequency interference. This combination is measurably more effective at eradicating noise corrupting the USB signal than devices relying solely on passive filtering. 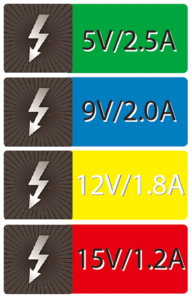 Just check the correct voltage and away you go. Clean, audiophile grade power. 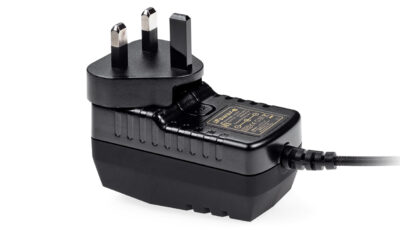 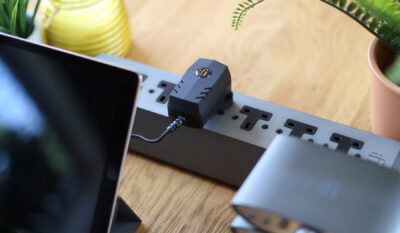 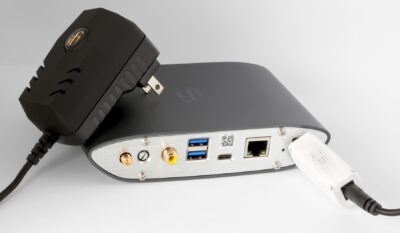 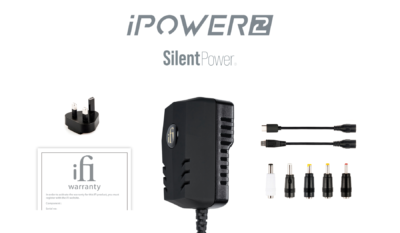 “My home network has both WiFi and a LAN. The LAN has two unmanaged data switches… nothing special, just a standard 5 port switch from one of the big providers. The ifi power supply replaced the supplied 12V wall wart supply. The results have been amazing. The sound streamed from Tidal via my MacBook has improved very noticeably, especially with MQA master! The picture in 4K on a 77in OLED is also much improved with streamed content whether direct to the TV from the router or via the computer. Tried the device with the second switch which serves a second system with the same result. Super impressive for the money.”

WoW, this is a really low noise power supply. Great for audio (and video) purposes.

The evidence is in the numbers. ifi Power is cleaner, ie less noisy, than supplied 12V power supplies for BT FTTP and my Netgear Switch. You might ask why these two items specifically? The answer is that they provide the power to the internal signal for my broadband. I use Devolo powerline ethernet (cat 7) adapters and read up about issues with power supplies impacting video playbacks on networks so figured that it would make sense to look at reducing the noise floor on my internet source (BT FTTP) and termination NetGear switch in my garden office. The proof is that all connections are up by 20% in the before and after testing. Plenty good enough for me, to give ifi 5 stars for these power supplies. And saving me hundreds by not paying for Linear power supplies. (I also swapped out a 5V supply for my Bluetooth receiver and Phono Stage power supply with ifi power units – Currently doing sound tests).

I originally bought the 12V 1.8A unit because it was so highly recommended by those who are using tube pre-amps and DACs with cheap power supplies (I have several). I’ve spent a little time and money upgrading the internals of each one, so all that was really left to do was try an upgraded “silent” power supply to squeeze every last drop of clarity there was to get.

I first connected the iFi power supply to my FX AUDIO TUBE03 pre-amp and noticed very little if any difference in background noise compared to the aftermarket 12V 3A wall wort I currently have. I then swapped it over to my FX AUDIO DAC MKII that’s in the same chain using the power supply that came with it.

That’s when the difference became noticeable. In fact, I’d say that what’s left of the noise in my system is probably coming from the TUBE03 power supply itself. The difference was just so small to notice when the DAC power supply was causing the most noise to begin with. I’ll be getting another iFi power supply soon… because yes, it does work as advertised.

Really does make a difference

“Possibly the best addition for any Raspberry Pi based Audio… it’s not horrendously expensive – but it DOES work and lowers the sound floor nicely. FAR, FAR better than anything else – unless you start spending very silly money for limited extra benefit.”

I bought this to get rid of a grounding hum between my DAC and amp. This iFi power supply was to replace the one provided with the DAC and it works a treat – no hum and sound quality is great. A well made product too.

EMI is a type of interference caused by errant and unwanted electromagnetic waves that are received and amplified by an audio system. They cause some of the annoying ‘audio gremlins’ we often talk about.

Radio-frequency interference (RFI) is very similar to electromagnetic interference (EMI) but is found in the radio frequency spectrum. It is another source of irritating, unwanted noise often talked about as an ‘audio gremlin’.

A switched-mode power supply is an electronic power supply that incorporates a switching regulator to convert electrical power efficiently. It transfers power from a DC or AC source to DC loads, such as a personal computer, while converting voltage and current characteristics.

Switch-mode power supplies are widely used because of the advantages they offer in terms of size, weight, cost, efficiency and overall performance. They are in themselves noisy and were not designed with audio in mind.

Active Noise Cancellation (ANC) reduces unwanted sound by the addition of a second sound wave specifically designed to cancel out the first. This basically results in no sound at all as it reaches unwanted sound even at the lowest frequencies.

Passive noise cancellation is done by means of insulating filters and works best on the middle to high frequencies. It does not work on the lower frequencies meaning that some sound can still be heard.