A few months ago, iFi worked on a project with Elevator Studios in Liverpool which gave them the opportunity to road test our top-of-the-range DAC, the Pro iDSD. Here’s what Studio Manager, Tom, had to say:

“The iFi Pro iDSD has been a brilliant addition to the studio. It’s become invaluable as a reference tool, and it’s the most versatile and best sounding DAC I’ve come across. 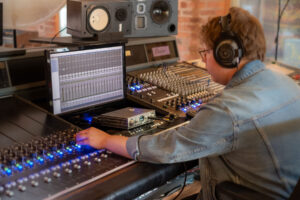 It has many uses in the studio. During sessions, I have it set up and patched into an external input on the desk, so at any time we can listen to Spotify on the studio monitors. I keep my iPad connected wirelessly to the Pro iDSD, so when someone wants to check out a track they know on our monitor system, it’s as easy as finding the track on Spotify and hitting play. This has been so great, because you know that song is going to play back at a really high sound quality. The digital upsampling, the options of various digital filtering and having a valve or solid state input stage, all make sure you can hear a piece of music with every bit of detail.

It’s actually been fascinating going through all the various settings whilst listening to a track you know really well, and finding out which settings you like. For me, the valve input stage, with the DSD1024 upsampling and the Transient Aligned Filter is a winning combination, and the one I’ll go to first. But I’ve also found the Gibbs Transient Optimised Filter to work really well too, on certain tracks this one works even better!

The Pro iDSD has also been really useful as a converter for people to use when they’re bringing their own software instruments and Macs into the studio. I’ve had sessions were musicians have wanted to use a patch from Kontakt or Logic, that I haven’t got, and we’ve used the iDSD as the sound card DAC from their computer, connected via USB, and just recorded it into the studio pro tools rig. It sounds great, and really makes this such a versatile and useful piece of equipment.

Similarly, it’s been so great to have it as a DAC that people can plug their computers into and check back mixes and recordings as we’re working. It means I can have a second ‘production’ station set up, where someone can work and listen on headphones, whilst I’m working at the console.

The Pro iDSD has become a really important part of the studio, its many uses and impressive sound make it a dream to use. Its ability to be a powerful headphone amp capable of driving any set of studio headphones, a fantastic sounding USB DAC and a wireless streamer make it one of the most versatile pieces of kit in the studio! It really excels in a modern production environment.” 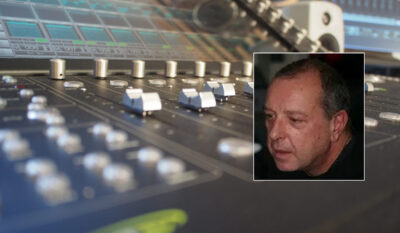 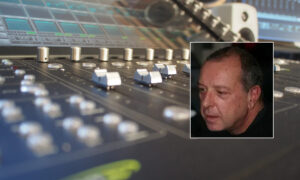